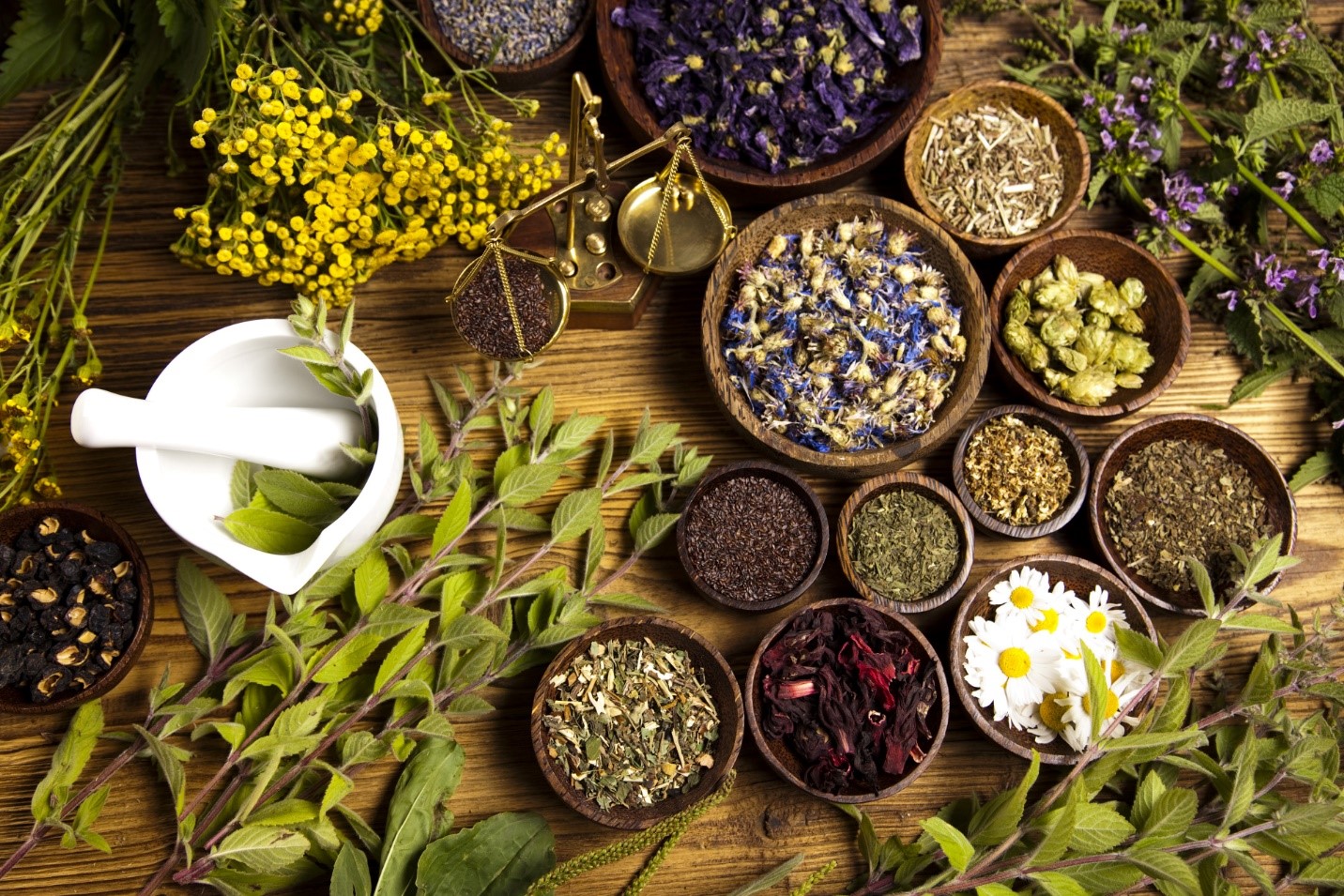 Herbalism (also herbology or herbal medicine) is the use of plants for medicinal purposes, and the study of botany for such use. Plants have been the basis for medical treatments through much of human history, and such traditional medicine is still widely practiced today. Modern medicine recognizes herbalism as a form of alternative medicine, as the practice of herbalism is not strictly based on evidence gathered using the scientific method.

Archaeological evidence indicates that the use of medicinal plants dates at least to the Paleolithic age, approximately 60,000 years ago, Written evidence of herbal remedies dates back over 5,000 years, to the Sumerians, who compiled lists of plants. Many ancient cultures wrote about plants and their medical uses in books called herbals. In ancient Egypt, herbs are mentioned in Egyptian Medical papyri, depicted in tomb illustrations, or on rare occasions found in medical jars containing trace amounts of herbs. Among the oldest, lengthiest, and most important medical papyri of ancient Egypt, the Ebers Papyrus dates from about 1550 BC, and covers more than 700 drugs, mainly of plant origin. The earliest known Greek herbals come from Theophrastus of Eresos who in the 4th c. B.C. wrote in Greek Historia Plantarum, from Diocles of Carystus who wrote during the 3rd century B.C, and from Krateuas who wrote in the 1st century B.C. Only a few fragments of these works have survived intact, but from what remains scholars have noted a large amount of overlap with the Egyptian herbals. Seeds likely used for herbalism have been found in archaeological sites of Bronze age China dating from the Shang Dynasty (c. 1600 BC–c. 1046 BC). Over hundreds of the 224 drugs mentioned in the Huanghi Neijing, an early Chinese medical text, are herbs. Herbs also commonly featured in the medicine of ancient India, where the principal treatment for diseases was diet. De Materia Medica, originally written in Greek by Pedanius Diosorides (c. 40 – 90 AD) of Anzarbus, Cilicia, a Greek physician, pharmacologist and botanist, is a particularly important example of such writings. The documentation of herbs and their uses was a central part of both Western and Eastern medical scholarship through to the 1600s, and these works played an important role in the development of the science of botany.

The World Health Organization (WHO) estimates that 80 percent of the population of some Asian and African countries presently use herbal medicine for some aspect of primary health care. Pharmaceuticals are prohibitively expensive for most of the world’s population, half of whom lived on less than $2 U.S. per day in 2002. In comparison, herbal medicines can be grown from seed or gathered from nature for little or no cost.
Many of the pharmaceuticals currently available to physicians have a long history of use as herbal remedies, including opium, aspirin and quinine. Per the World Health Organization, approximately 25% of modern drugs used in the United States have been derived from plants. At least 7,000 medical compounds in the modern pharmacopoeia are derived from plants. Among the 120 active compounds currently isolated from the higher plants and widely used in modern medicine today, 80% show a positive correlation between their modern therapeutic use and the traditional use of the plants from which they are derived.

A person whose life is dedicated to the economic or medicinal uses of plants.

1. One skilled in the harvesting and collection of medicinal plants (see wildcrafter).

3. One trained or skilled in the therapeutic use of medicinal plants.

4. One who is skilled in the preparation/manufacture of dried and/or liquid herbal products who possesses a pharmacogenetic, formulary and/or clinical understanding of the products being prepared/manufactured.

Herbalists must learn many skills, including the wildcrafting or cultivation of herbs, diagnosis and treatment of conditions or dispensing herbal medication, and preparations of herbal medications. Education of herbalists varies considerably in different areas of the world. Lay herbalists and traditional indigenous medicine people generally rely upon apprenticeship and recognition from their communities in lieu of formal schooling.